Under the framework of the Asian MetaCentre for Population and Sustainable Development Analysis, the Asian Demographic Research Institute (ADRI) at Shanghai University invited Prof. Wolfgang Lutz to give a talk on the topic “The power of multi-dimensional demography for understanding sustainable development priorities” on June 23 via virtual meeting. Prof. Leiwen Jiang, the director of ADRI, hosted the lecture.

Wolfgang Lutz is head of the new Department of Demography at the University of Vienna, Director of the Vienna Institute of Demography of the Austrian Academy and was 1995-2020 leader of the World Population Program of the International Institute for Applied System Analysis (IIASA). From June of 2022, he becomes IIASA's Deputy Director General for Science. He is also Founding Director of the Wittgenstein Centre for Demography and Global Human Capital (IIASA, OeAW and Uni. Vienna) established on the basis of the Wittgenstein Prize 2010, the highest Austrian science prize. He serves as Secretary General of IUSSP (International Union for the Scientific Study of Population) and is professor at the Oxford Martin School.

He helped to establish the Asian Demographic Research Institute (ADRI) at Shanghai University and chairs the International Scientific Advisory Board of ADRI.

Professor Lutz has widely published on international population trends with a special focus on population forecasting, population-development-environment interactions and introducing education as a standard demographic dimension in addition to age and sex. He has published over 250 scientific articles, including 11 in Science and Nature. He has won prestigious awards and is elected member of the Austrian Academy of Sciences, the German National Academy Leopoldina, Academia Europea, The World Academy of Sciences (TWAS), the Finnish Society for Sciences and Letters, and the US National Academy of Sciences (NAS).

In the coming future, under the framework of the Asian MetaCentre for Population and Sustainable Development Analysis, ADRI will explore more opportunities to carry forward more lectures and webinars on the important demographic topics and bring more insights to the academic community.

Watch the full recording of the lecture: https://youtu.be/3v9ueNoOpRQ 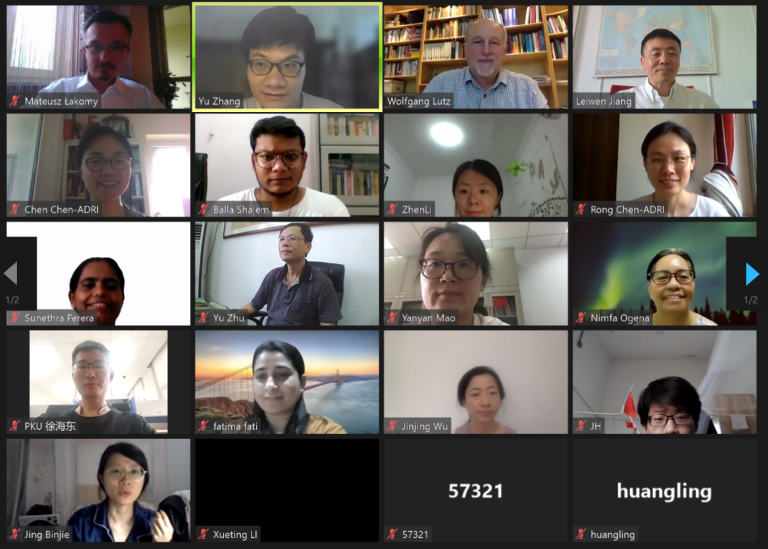