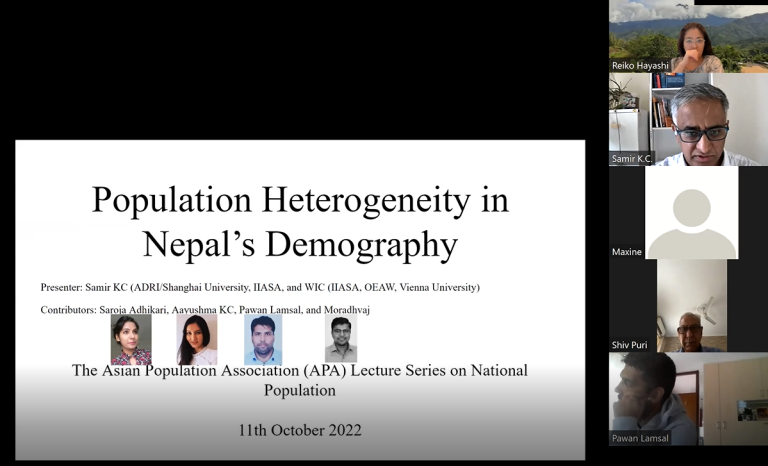 Prof. Samir drew the big picture by showing the basic information about Nepal, including its geography and administrative district, and described the demographic situation by age-sex structure and total population transition. The second part analyzed the heterogeneity of the Nepal population, focusing on the heterogeneity in fertility rate and mortality rate by education attainment and the urban-rural divide. The third part discussed the depopulation on the sub-nation level. The district is under obvious heterogeneity in a migrant pattern. Besides, in 2026-2031, according to the projection in this study, the total population will still increase, however, most of the district will be in depopulation.

During the question and the discussion part, researchers raised many interesting questions including the attributes of out-migrants, especially the educational attainment status and unemployment status, and their influence on fertility behavior. Family patterns of out-migrants is also an important topic, and researchers also discussed the data preparation method which aims to get the above data from databases.