Prof. Samir KC elected as the secretary-general of the sixth APA council 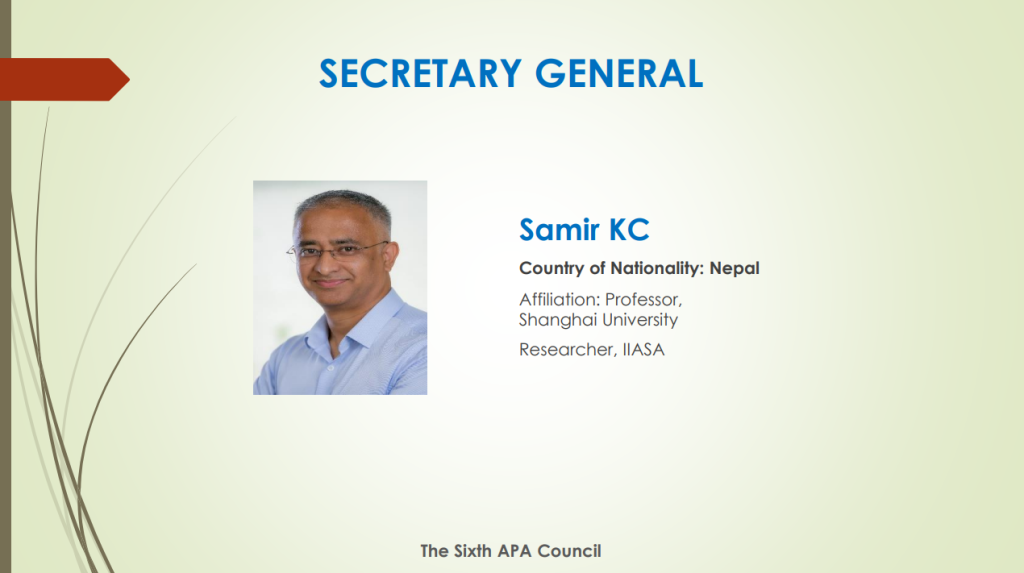 About APA: The Asian Population Association (APA) was established in 2007. It focuses on and engages in research on Asian population issues and aims to promote the demography research and academic exchange in Asian countries, especially Asian developing countries. The APA has significantly improved the communication of demographers and demographic research institute in Asia. The Asian Population Association (APA) has always encouraged more Chinese demography research institutions and scholars to participate in its organization and activities since its establishment.

About Prof. Samir KC: Professor Samir KC is the leader of Human Capital and Development research pillar in Asian Demographic Research Institute (ADRI). Before he joined ADRI in 2015, he has worked in the World Population Program(POP) of the International Institute of Applied Systems Analysis (IIASA) for many years. His research mainly focuses on the multi-dimensional global population and human capital projection.